Foreign policy choice of Turkmenistan – neutrality is in line with worldview, traditions, and mentality of the Turkmen people, which is recognized and supported by the Resolution of the UN General Assembly on “Permanent Neutrality of Turkmenistan” on December 12, 1995. This historical document calls for member states to support neutral status of Turkmenistan, and respect independence, sovereignty and territorial integrity of the country. “Neutrality has been one of the foundations of statehood, its internal and foreign policies for a quarter of a century. The principles of neutrality, its values and ideology have proven their full compliance with our national interests and the UN objectives and tasks” said President of Turkmenistan in his video address to the participants of the 75th anniversary session of UN General Assembly.

Fundamental principles of Neutrality are peace-loving, non-interference in the affairs of others states, respect for their sovereignty and territorial integrity, non-participation in international military organizations and agreements. Neutrality status of Turkmenistan is important factor for strengthening stability and security, as well as development of multilateral economic and humanitarian cooperation. Turkmenistan always stands for strengthening friendship and good neighborliness, and further activation of fruitful cooperation in all directions. The motto of 2020 „Turkmenistan – Homeland of Neutrality” is inextricably connected with humanistic principles, which are the basis of the internal and foreign policy of our esteemed President. The universal formula of cooperation developed by our national Leader fully correspond to global progressive trends of human development.

Proving itself as responsible long-term UN partner, firmly committed to practical implementation of the obligations undertaken, Turkmenistan actively participates in international efforts to strengthen peace, security, sustainable development and cooperation in the world. Our esteemed President declares readiness to act as a reliable UN partner in such important issues as ensuring peace and security on the Planet, finding solutions for global challenges and threats, promotion of sustainable development, environmental well-being, peaceful settlement of the situation in Afghanistan. In his video address at the anniversary session of the UN General Assembly our President voiced specific initiatives of our country, aimed at consolidating efforts to develop positive solutions for pressing issues of modernity, optimization of constructive cooperation directed at world prosperity and progress.

Our national Leader called COVID-19 as a global challenge that does not recognize borders, races, and nationalities, which has a detrimental effect on all spheres of civilizational development. Our country has taken all necessary measures to counter this threat. Turkmenistan suggests to consider issues related with development and establishment of international tools. In particular, to establish a special program of the World Health Organization to research the coronavirus genome, to develop a multilateral mechanism for pneumonia control, establish a Methodological Center for the Treatment and Prevention of Acute Infections.

Transportation, energy, ecology are priority areas of foreign policy direction of Turkmenistan. Today, promotion of cooperation in transport sphere is of great importance for sustainable development of countries and regions. In this regard, Turkmenistan suggests to consider the issue of ensuring stable international transportation during emergencies. Relevant draft Resolution of the General Assembly has been prepared and presented for consideration of the member states.

Great attention is paid to modernization of transport infrastructure in Turkmenistan: large-scale reconstruction of existing and construction of new modern automobiles and railways connecting regions of the country and neighboring states are consistently carried out. International Airports of Ashgabat, Turkmenbashi, Mary, Turkmenabat and Dashoguz are an integral part of the national transport and logistics system. Today, International seaport in Turkmenbashi, which was put into operation in May 2018, is the „water gate” of the region.

The Leader of the nation noted a special role of WTO in restoration work of the global economy, stimulation of trade and investment. “Having recently obtained observer status in the WTO, Turkmenistan will actively use the opportunities opened in this regard to promote practical measures to overcome quickly the crisis phenomena in the world economy, its transition to positive dynamics” said our national Leader in his address at the 75th anniversary session of UN General Assembly.

Possessing enormous hydrocarbon reserves and using these natural resources for the world well-being, Turkmenistan greatly contributes to the provision of the regional and the world energy security. Developing mutually beneficial international cooperation in energy sector, our country implements large-scale projects aimed at creating a diversified export infrastructure for its energy resources. These grandiose projects will give a powerful impetus for the economic development of the region, will become levers in solving problems social and humanitarian character, and also in strengthening peace and stability.

Clear examples are transnational gas pipeline Turkmenistan – China, as well as gas pipeline Turkmenistan – Afghanistan – Pakistan – India (TAPI). Another important project is construction of power line Turkmenistan – Afghanistan – Pakistan (TAP), which will pass along gas pipeline of the same name and will give the opportunity to deliver electricity to Pakistan and other countries of the South Asia by transit through Afghanistan. Underlying the importance of these projects our highly esteemed President said: “The key condition for political stabilization, social and economic recovery of Afghanistan, its successful integration to global economy is to implement large infrastructure projects with Afghanistan’s involvement primarily in vital sectors such as energy, transport and communications”. Our country as Afghanistan’s neutral and immediate neighboring state is ready to provide necessary political and organizational conditions in our territory to establish peaceful dialogue between the Government of Afghanistan and all parties interested in political settlement of the situation in Afghanistan.

Turkmenistan takes active in the positive solution of all pressing issues of the global and regional level, using only peaceful, political diplomatic means and methods. It is highly symbolic, noted our highly esteemed President in his historic video address, that the United Nations Regional Centre for Preventive Diplomacy for Central Asia was established by the decision of the General Assembly with the support of neighboring states and Security Council members in Ashgabat, the capital city of neutral Turkmenistan in 2007. Within the framework of the session Turkmenistan to put forward draft Resolution on “Role of the Regional Center for Preventive Diplomacy for Central Asia”.

Today, issues related with the Aral Sea go far beyond Central Asia. Measures taken by Turkmenistan in finding a solution to the Aral Sea problem receive wide support in the world community. Turkmenistan makes a significant contribution to the intensification of the fruitful cooperation aimed at positive solution of environmental, social, economic and humanitarian issues in the Aral Sea region, and rational use of water resources. In addition, practical measures are taken to prevent desertification.

As is known, UN General Assembly unanimously adopted Turkmenistan initiated Resolutions “On cooperation between the United Nations and the International Fund for Saving the Aral Sea”. Our country also set forth a proposal on development of the Special UN Program for the Aral Sea Basin, which will include measures on stabilization of the situation. Developing international legal foundations to address the Aral Sea issues, Turkmenistan will present initial draft of the concept and structure of future Special program on the Aral Sea in the framework of ESCATO sessions in May 2021, calling upon all states and interested international organizations to consider these documents.

Moreover, at its 73rd session the UN General Assembly adopted the Resolution on the initiative of Turkmenistan declaring the year 2021 as the year of international peace and trust”. Turkmenistan put forward an initiative to organize International forum on peace and trust next year to implement provisions of this resolution, which will give a strong impetus to constructive and respectful multilateral dialogue on pressing subjects of modern global agenda. The motto of the current year „Turkmenistan – Homeland of Neutrality” is interconnected with global initiatives, put forward by our highly esteemed President. Today Turkmenistan acts as reliable and an authoritative partner in solution of key issues of international cooperation.

Lecturer of the Institute International Relations

of the Ministry of Foreign Affairs of Turkmenistan 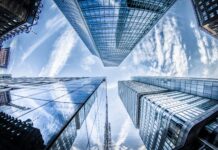 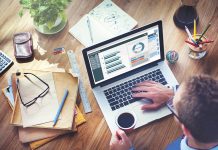 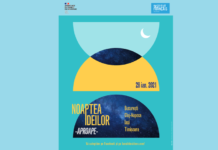 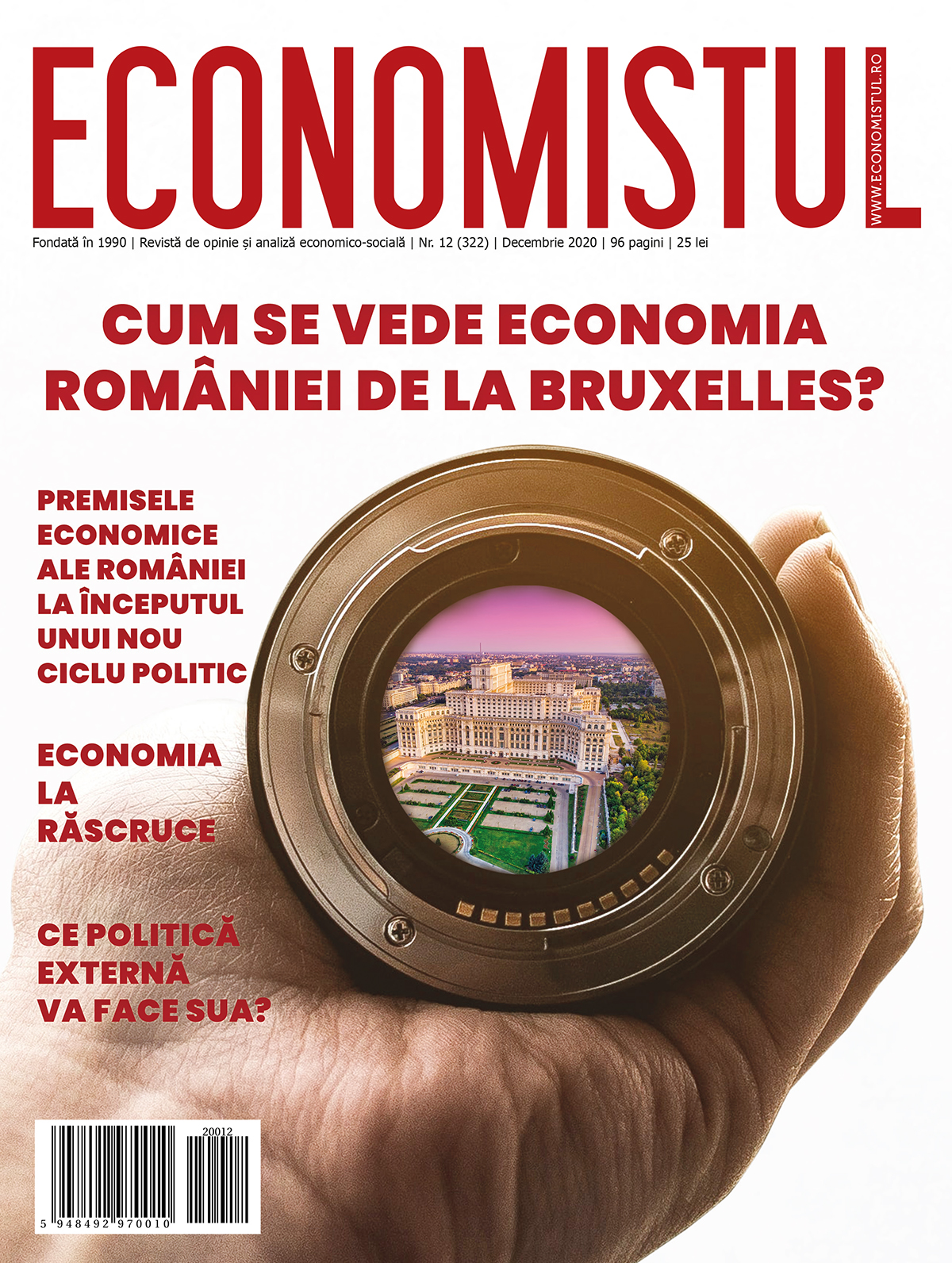